Towns are areas in the Dokapon series that are essential to victory in Story Mode and Normal Mode. Towns are found on every continent, as well as one Castle. Other than Dokapon DX, Towns are first found to be occupied by a Monster, generally slightly stronger than the local monsters on that continent. To liberate the town, an adventurer must defeat the monster occupying that town. PvP Battles can take place on occupied towns, but liberated towns are safe (except if a Darkling lands on it). You cannot land on a town if you are wanted, they are having a Paid Vacation, or they are on Strike. Towns also are unable to be entered if a Darkling uses Day Off or Worker Strike. If a Darkling lands on a town that is occupied, they heal to full HP and are cured of ALL Field Status Ailments, even Z Plague and Doom. The Accessory Overlord's Crown will conquer any town not owned by you. If used by a Darkling, they get Experience Points. If used by a normal Adventurer, no EXP is earned, but a monster will take over the town, and the next turn you will fight said monster.

Main article: How to steal from shops or towns?

Liberated towns are added directly into your net worth as long as you keep the town. They will also start to produce tax revenue and Local Items, if that town is level 3 or higher. Adventurers can collect taxes and local items by landing on a Bank Space. You can collect all of your taxes (but not local items) by landing on a Collection Space. Also, you can collect all your taxes (and rarely ALL towns taxes) through Tax Collector Musashi, but he will take a commision on what he collects, from 20% to 80%. You can increase your town's value by investing in the town, or by Mitch Digger successfully finding a hot spring under the town. You can invest by landing on a town or through a Bank Space. Investing in a town increases it's tax revenue, and at level 3 and level 6, the town will increase in value: double the base value at level 3 and triple the base value at level 6. Towns that are on continents with weaker monsters generally have lower values. Finally, castles are the 2 times the value of the most expensive liberated town on the continent. If no towns are liberated on a continent, then the castle's value is 0 G. 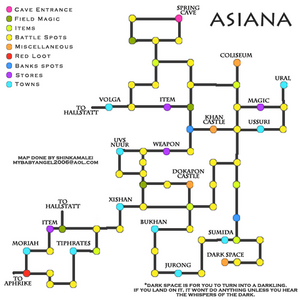 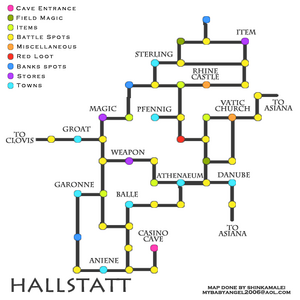 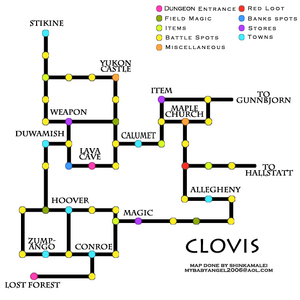 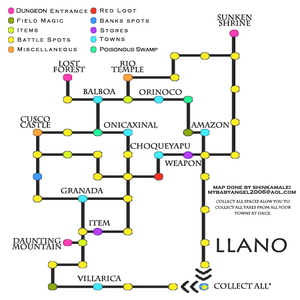 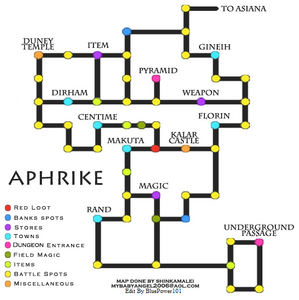 Note: These values are base values unaffected by Mitch Digger.

At liberated towns, you can stay the night to recover all HP for a small fee equal to the income (tax money per turn) of the town. This does not heal Status Ailments. If you are the owner of the town, you can stay for free. Also, if you are the owner of a town, you collect any taxes and local items upon entering the town. If the town is under level 6, you will be asked if you want to invest in the town. If you do not own the town, you can choose to rob the town. Succeeding in robbing the town nets you its taxes and a local item, if it has one. Failing to do so results in being Wanted for a week. If you use a Cunning Disguise, you can pretend to be another adventurer and collect taxes and local items. The Field Magic Town Conjure can be used on a liberated town, summoning a monster to it. It then becomes up for grabs. Also, if a Darkling lands on a town, uses Local Assault, or Global Assault, it will become occupied by a monster. If an adventurer visits a town with a Charm Potion, they are able to steal that town. Finally, at the end of Story Mode, whoever defeats Overlord Rico gets all occupied towns.

Big Monsters are seen as large red monsters on a town. When they spawn, they can replace a normal monster or take over a liberated town. They are effectively the boss of the area. Like other bosses, they can cast field magic, such as, but not limited to: Purse Cutter, Down, Atrophy, Sleepy Time, Time Out, Town Conjure, Conjure, Cobra Storm. They also can pickpocket 20% of your money, like an Item Trickster, lay down Roadblock Rocks next to Adventurers, buff other monster's stats, and heal themselves and other monsters. They cannot be killed outside of battle, merely brought to 1 HP. They are, however, hit by the field magic Flash Bomb, and can be moved to ANY town by using a White Arrow. Doing so will leave the town it occupied to be unclaimed.

In Ikari No Tekken, Big Monsters are Wallace. Either the God or the Goddess will appear. The reward is decided by the spinner.

In Dokapon DX, they appear on every empty space. When defeated, you get to dig for something:

In Addition to this, Players who wish to mine other player areas have to pay gold.

In Dokapon Kingdom, Defeating a Big Monster results in a big lump sum from the King, and one of 7 things will happen.

Each town in a continent loses a level and the owners of the towns must donate money to save the residents. Also, all the taxes in those towns are lost. Be wary of this event later in the game because if you own many towns you are likely to go into debt.

A drought that causes you to lose all your saved tax money to save your towns.

The citizens get sick and you must pay a sizeable amount to help them based on the number of towns you own and their level. Be wary of this event later in the game because if you own many towns you are likely to go into debt.

Several random towns will have a good harvest and reward their owners. Essentially, the more towns you own the more money you will receive when this event occurs.

The continent who has harvested an amazing amount will then reward the owners of that chosen continent. If an adventurer owns no towns on that continent, they get no money.

The towns, including bank spaces, close all week. "Those pesky plebes!"

The "Thief for Equality" will steal money from several towns owned by the opposing adventurers and give it to the adventurer in last place.

A monster named Wallace will show up and start taking over Towns until he is defeated.