The Overworld is an Earth-like map made up of seven continents. These continents contain various Dungeons, Stores, Towns, and other special locations. 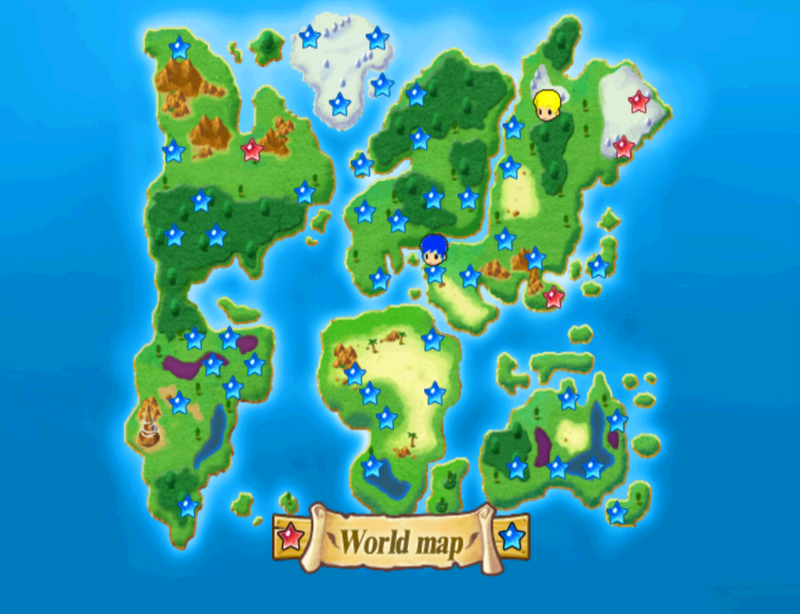 There are seven continents in Dokapon Kingdom. Each continent has its own Castle, and most have one or more Dungeons and one of each Store.

Retrieved from "https://dokapon.fandom.com/wiki/Overworld?oldid=15574"
Community content is available under CC-BY-SA unless otherwise noted.