Dokapon Wiki
Register
Don't have an account?
Sign In
Advertisement
in: Games, Dokapon UP! Mugen no Roulette

Dokapon UP! Mugen no Roulette

Dokapon UP! Mugen no Roulette

Dokapon UP! Mugen no Roulette (ドカポンUP! 夢幻のルーレット) is a game in the Dokapon series developed by Sting and published by Aquaplus. It was released in Japan on December 10, 2020, for the Nintendo Switch and PlayStation 4. It is a collaboration title between the Dokapon and Utawarerumono series, being set in the world of Utawarerumono with the gameplay style of Dokapon. For the first time in the series, the game features an Online Match mode that allow anyone to play with friends or strangers.

In the game's Story Mode, the player takes control of Haku. The story progresses as specific conditions are met throughout the game.

A turn-based RPG party game, your movement around the board is decided by a spinner with the numbers 0-6 (Note: 0 is highly uncommon but is possible). Landing on Neutral spaces will either initiate combat or cause a random player event. If you enter combat you will pick a card to decide whether you go first or second. In combat you will be given four options. If you’re attacking you will be given the following options: Attack, Magic, Skill, and Strike. If you’re defending you will be given the following options: Defend, Magic Defence, Give Up, and Counter. Combat is a simplistic Rock Paper Scissors style. Defend is effective against Attack, Magic Defence is effective against Magic, and Counter is effective against Strike. Use stores and land on loot spaces to upgrade your equipment and wipe out the competition! In story mode, your goal is to complete quests, battle monsters, level up, and liberate towns. (Note: unlike previous Dokapon titles, story mode is single player). For both offline and online multiplayer, you can play various different game modes like previous Dokapon titles with a customizable turn count and starting level. 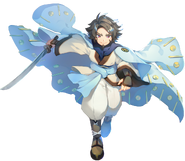 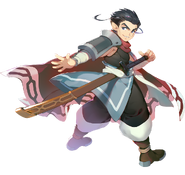 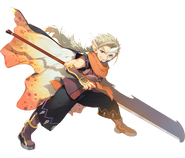 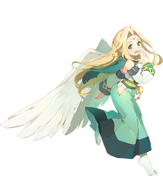