Dokapon Kingdom (ドカポンキングダム) is a video game in the Dokapon series, created by Sting after Asmik Ace Entertainment gave the license to them. It was released on the Japanese PS2 in 2007. It was later published by Atlus in North America on October 14, 2008. It is a remake of the 1994 Super Famicom title, Dokapon 3-2-1. The PlayStation 2 version was later re-released in Japan on November 20, 2008, with a "Sting The Best" stamp on it. It was later ported to the Wii by Sting Entertainment on July 31, 2008, as Dokapon Kingdom for Wii. The Wii version was later published in North America by Atlus on October 14, 2008, and in Europe by BigBen Interactive on March 26, 2010, as Dokapon Kingdom.

Dokapon Kingdom is a sugoroku-type board game with RPG elements. Each player takes turns moving on the overworld by spinning a wheel from 0 to 6.

Battles are done in a turn-based system. You either go first or last, which decides the order in which the characters will attack. You get 4 options for both attacking and defending. Attacking has a standard attack move, a magic move (if the adventurer has any), strike, or a buff. Whereas defend has a standard defend, a counter, a magical defense (if the adventurer has any), and a give up option.

The game plays in chapters, the king gives the adventurers an objective they have to go complete, while also freeing towns from monsters and defeat the bosses of those towns, otherwise the castle earned after completing the objective is worth little to nothing.

Each player gets to create an adventurer at the start of the game, picking from different Jobs with the ability to change classes later on. There are 3 jobs to choose from at the start of a game with a total of 12 jobs, each with their own benefits and drawbacks.

The Dokapon Kingdom Wii game can be played with 3 controls, that are stated before you load up the game. The Wii remote, used sideways, the classic controller, and the GameCube Controller. The player can also use multiple controls to play with friends.

Boxart for the Wii version of Dokapon Kingdom 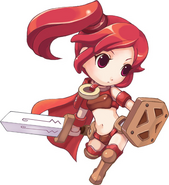 Artwork of the Female Warrior

Artwork of the Male Warrior 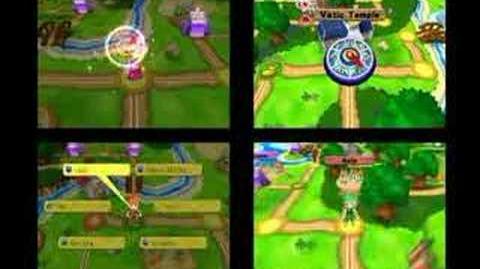 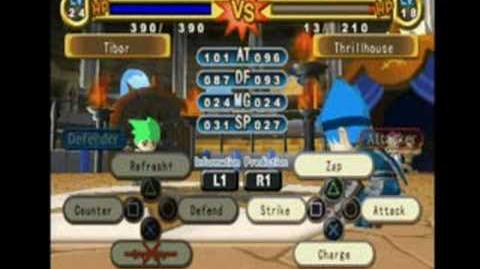 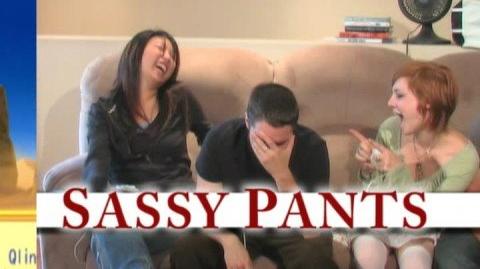